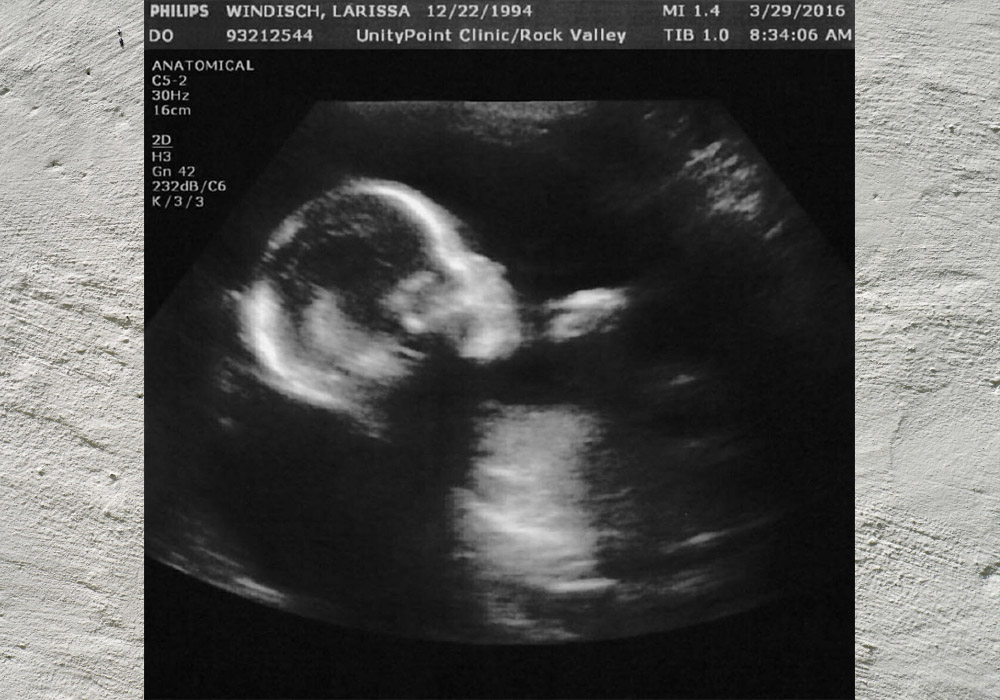 You Are Not Alone

I was 21 years old when I found out I was pregnant. I was about two-and-a-half months along at the time. I took one test and it came out positive. Then three more, but they all said the same thing. It was real, and I couldn’t believe it. I was still in school and did not have a set job. What was I going to do?

A few days later, I spotted and thought I had a miscarriage. I freaked out. But it turned out I hadn’t lost it. It was just a little spotting. Right then, I knew keeping such a perfect little human was the right choice for me.

At the time of finding out I was pregnant, I was dating Lauren, who is my girlfriend now. I had cheated on her and had to think of a way to tell her what was going on. I was worried and afraid, and I was only putting more stress on both myself and the unborn baby.

The day I came home from my first appointment, I told her my secret. I showed her the pictures of my ultrasound and she laughed. She thought I was joking and didn’t believe me. Then there was lots of name calling and hatred.

She told me if I kept the child that she could never love it. She hated it and wanted me to kill it. She also told me if I kept it, she would never speak to me again. I cried and cried every day, wondering what I should do and what was the right choice.

Believe it or not, there is no right choice. It’s what you believe in. I wanted it to be easy and for everyone to make the choice for me. However, that’s not how it works.

As days went by, I thought this isn’t the baby’s fault. This is my fault and the child doesn’t deserve this. I scheduled an abortion and that morning came quicker than a strike of lightning. But I couldn’t bring myself to do it.

After months had gone by, she ended up in the hospital room while I was giving birth. She fell in love with our son. Our son is the greatest thing to ever happen to us. He is our pride and joy and I wouldn’t want things any other way.

You are not alone. There are several people surrounding you that are here to help. Many of us

have been in your shoes at one point during our lives.