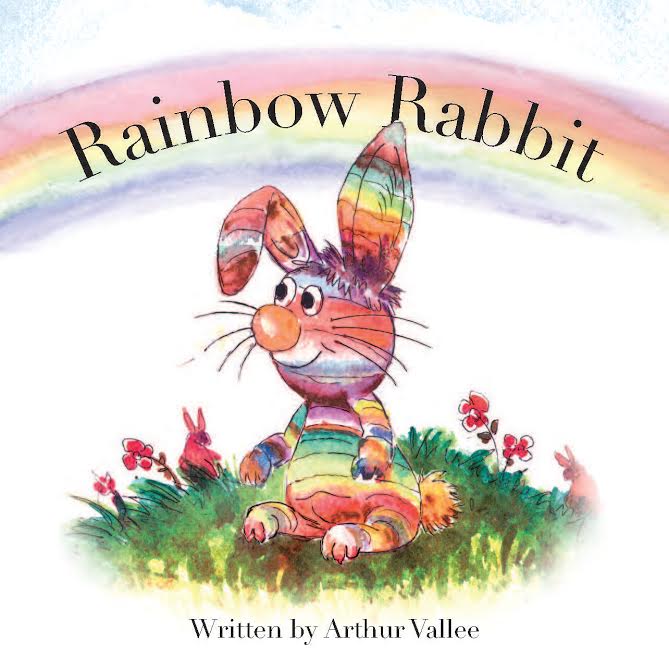 Rainbow Rabbit is a kindergarten through grade 4 anti-bullying educational program that empowers children, parents, and educators to create a positive environment that celebrates unique differences.

The book on which the program is based introduces us to Rainbow Rabbit, who is at first very sad and lonely because he looks different from everybody else and is not accepted by those around him. But thanks to the kindness of someone he meets, he realizes that his unique qualities make him special. This goes on to make Rainbow Rabbit optimistic that his future will be as bright and colorful as he is.

Rainbow Rabbit addresses the serious issues affecting today’s children and brings about positive change. Arthur Vallee, creator/author of Rainbow Rabbit, was an animator for The Walt Disney Company back in the 1940’s. Arthur had a deep love for children, and it was his strong belief that this tale of unity and inclusion, with an emphasis on the importance of belonging, would capture the hearts of children and adults.

Arthur passed away in 2010 at the age of 93 before he could realize the dream of having his book read in classrooms all over the world. His passion has not been forgotten, and the Rainbow Rabbit organization works continuously to spread this message of acceptance and tolerance within our communities. Rainbow Rabbit is honored to be part of the Dare to Be Kind Movement and looks forward to contributing stories of kindness, acceptance, unity, and inclusion to this wonderful site in the many months to come!